Whatever happened to that blog schedule? What have we been doing?

In time, when the summer is over and the nights are dark and less distracting we might write about our adventures. Until then, be satisfied that we are still alive, despite our silence. If you want proof of this fact, come visit us on Tuesday 17th September for an author talk: 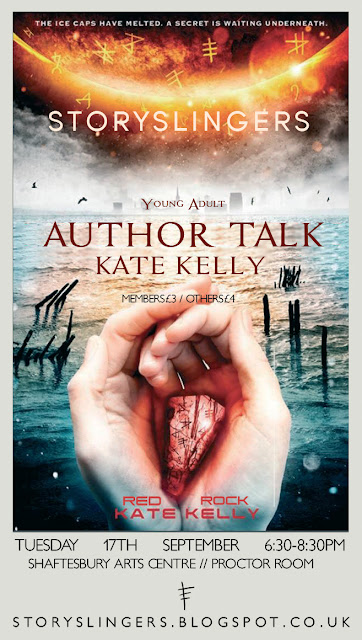 The ice caps have melted. The coastal areas we once knew are gone and only scavvers now live in the flooded towns. The world has changed, but as 14-year-old Danni Rushton soon discovers, it isn't the first time... Living with her uncle after the tragic death of her parents, Danni s world is turned upside down when her aunt is assassinated. With her dying breath, she entrusts Danni with a strange, small rock. Danni must not tell a soul that she has it. But what is the rock for, and to what lengths must Danni go to keep it safe? This action-packed adventure takes the reader from the barren terrain of Greenland, to the flooded ruins of Cambridge, and on to a sinister monastery in Malta. In her effort to save her uncle and evade a power-hungry space agency, Danni discovers that friends aren’t always what they seem, and a rock isn't always just a rock...

Red Rock is out on the 12th of September. You can pre-order it via Amazon http://amzn.to/16TLeyB and most good book retailers